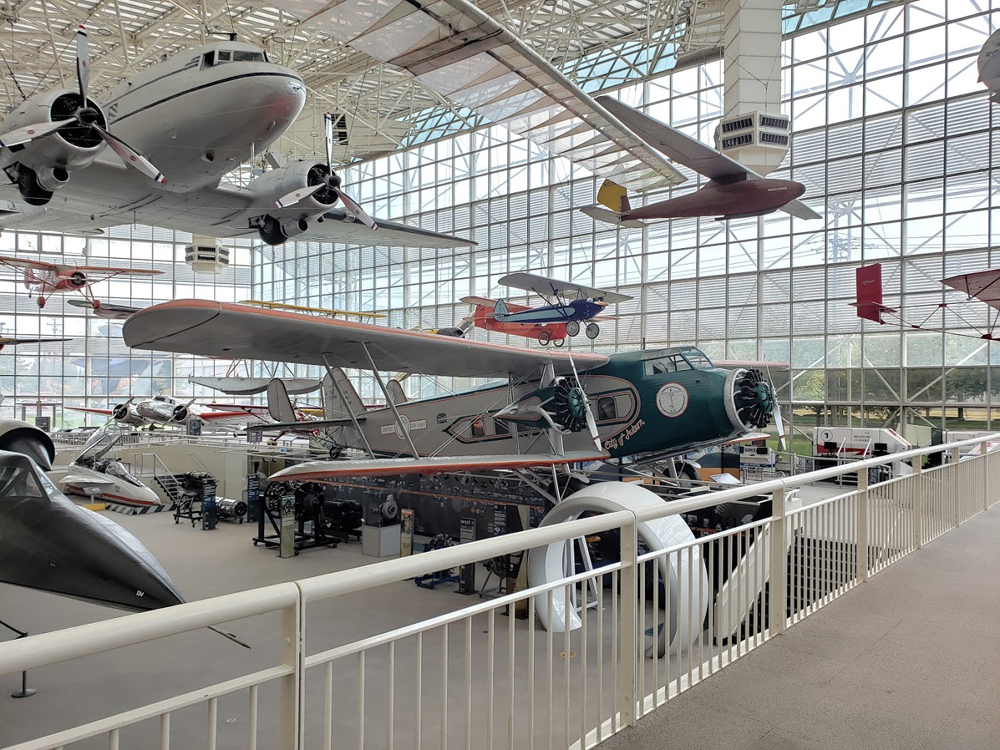 At the intersection of history and technology, Peder Nelson has found a sweet spot. He is the Digital Engagement Manager at The Museum of Flight in Seattle, Washington where he finds a thrill in blending his love of technology with his expertise in history and museum studies in innovative ways. As an exhibit developer focused on creating interactivity that allows museum users to experience history in new ways, Nelson finds himself on the forefront of what could be the next big thing – virtual archeology.

“My work at The Museum of Flight concentrates on using emerging technologies to create new access points to the museum’s many large, historical artifacts,” says Nelson of his role. The Museum of Flight is a 23-acre complex adjacent to King County International Airport – Boeing Field in Seattle that takes pride in being the largest independent, non-profit air and space museum in the world. Hosting more than 640,000 visitors in 2019, the museum showcases a collection of more than 175 different aircraft and spacecraft along with tens of thousands of related artifacts, millions of rare photographs, and dozens of interactive exhibits and visitor experiences within roughly 430,000 square feet of gallery space. As the Digital Engagement Manager, Nelson is on the front lines of merging the digital world of virtual reality and 3D modeling with the large-scale history of human-powered flight in new and exciting ways.

“In telling the exciting and complex story of aviation and space flight, we deal with extremely large, yet somewhat delicate artifacts,” says Nelson of the museum’s work. “Creating 3D models of these planes is an important next step in the process of historical documentation and interactive programming but not something that is easily done on artifacts of this size.”

In the spring of 2020, Nelson and his colleagues at the Museum of Flight were experimenting with ways to capture some of the planes and galleries using 3D technology when an unexpected call came in from Datum Tech Solutions. Led by a team of experts who are passionate about providing innovative solutions in the world of 3D laser scanning, Datum Tech Solutions is on the cutting edge of digital geometric shape-data capture. Commonly employed in many ways throughout the architecture, engineering, and construction industry, point cloud generation involves the use of precision 3D laser scanners to create identically accurate surface data points and high definition images of an object, interior space, or exterior environment.

“Datum Tech uses the very best in high-tech laser scanning and a flexible, solutions-oriented approach to lead innovative reality capture projects of all sorts,” says Co-founder, Amy Lawrence. She and her husband, Stanley Lawrence, founded Datum Tech Solutions in 2014 to meet a growing need for accurate digital representations of the built environment among Seattle’s AEC community, and the business has thrived from the very start.

“We offer fully-integrated 3D laser scanning, equipment sales, training. and support,” continues Lawrence. “However, our main focus is pushing the edge of possibility in this exciting field. The chance to work with the Museum of Flight is an excellent example of what the future holds.”

When the call came in to consider the use of reality capture at the museum, Nelson had some questions but was genuinely excited at the prospect of being able to create a digital twin of some of the museum’s most prized artifacts.

“Datum Tech was invited in to do a proof of concept demonstration,” says Nelson of the initial scope of work, which involved laser scanning two of the museum’s most unique aircraft. “We were not sure of exactly what could be captured in our situation. The museum has massive open-span galleries in buildings made almost entirely of windows and some of the airplanes are made of very reflective metal. We weren’t sure what the lasers would be able to capture, but Datum was certain of their capabilities, so we gave them a shot.”

In giving Datum Tech a shot, the museum allowed them to laser scan two of their rarest artifacts. The first is a Boeing 80-A, a trimotor passenger aircraft made of wood, steel, and fabric that was built in 1928 and is known to be the only one in existence. The second, a Lockheed Electra Model-10A is an all-metal, twin engine-plane with a highly reflective metal skin that is the same model aircraft flown by Amelia Earhart in her 1937 circumnavigation attempt. The plane had been in commercial use for more than 60 years when it was modified to be a near-duplicate of Earhart’s plane and subsequently flown on a similar route around the world in tribute to Earhart’s mission.

With the opportunity to have Datum Tech help create digital twins of the two planes, the Museum of Flight was opening the door to a sort of archival artifact recreation they had never attempted. Using a highly precise Leica RTC360 3D Laser Scanner, the team from Datum Tech spent an entire day capturing data on each of the planes to produce digital replicas of each. Creating a digital twin through premium quality 3D point clouds and high-dynamic-range imaging provides the Museum of Flight with unobstructed access to the digital twins in ways that are not even possible with the actual planes themselves.

“Having a digital twin of these planes allows us to study them in ways we simply couldn’t before,” says Nelson. “In fact, the doors of these planes have very rarely been opened since they got to us. We certainly have not let visitors into the interior of either, because they are so rare and unique.”

Asked about the uses of a digital twin in their work at the Museum of Flight, Nelson shares that the possibilities beyond simply having an archival record are immense.

“The digital twin is an invaluable way to extend public access to these artifacts,” Nelson shares. “We can create a 3D walkthrough of the interiors for educational programming that could put thousands of people through each airplane in a way that simply isn’t possible with the originals. Having a digital replica greatly enhances our capacity to study these aircraft. We are also able to share the digital twin with other museums or air and space researchers around the world very easily.”

Building on the success of the proof of concept phase, the Museum of Flight has invited Datum Tech back for another round of scanning. While the first set of scans focused on just the two aircraft, a second round of scanning intends to capture the overall gallery itself to understand what can be done at a macro-scale. By generating 3D data points of the entire facility, Nelson envisions many possible uses of the larger gallery scans that range from improved facility and event planning, building operation efficiencies, and full-scale virtual tours from remote locations.

“At the Museum of Flight, our work is about inspiring others. We dream big and look to the future,” finishes Nelson. “Datum Tech Solutions has demonstrated the unbridled potential of this incredible technology and we are thrilled to just be scratching the surface on what can be captured and what can be done with the digital twins.”

Sean O’Keefe is an architecture and construction writer who crafts stories for Datum Tech Solutions and others based on 20 years of experience and a keen interest in the people who make projects happen. He can be reached at sean@sokpr.com.