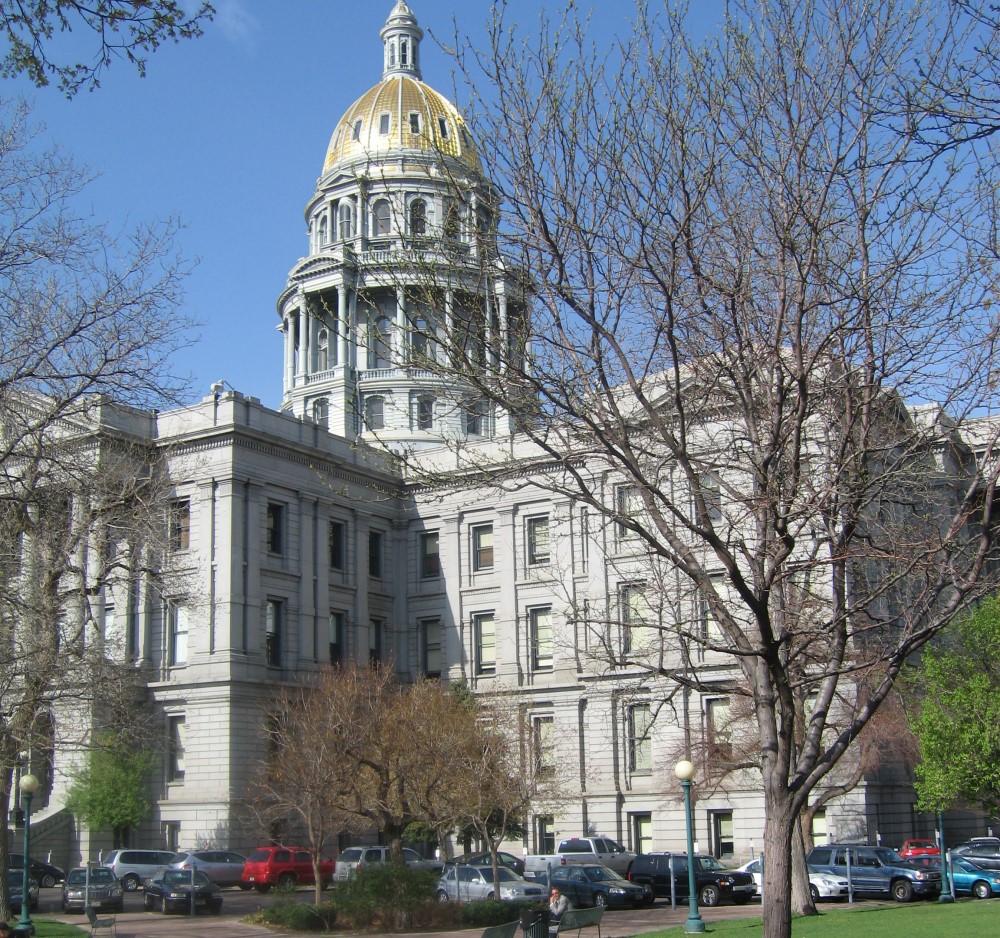 First opened for use in 1894, the Colorado State Capitol Building has stood sentinel over the legislative affairs of the people of Colorado for the last 125 years. Designed by architect, Elijah E. Myers, and constructed of Colorado white granite, the Capitol Building is intentionally reminiscent of the United States Capitol. Its distinctive, shimmering dome is covered in real gold leaf, which was added to the original structure in 1908 to celebrate the Colorado Gold Rush. On the interior, the building incorporates white Yule Marble and an abundance of Colorado Rose Onyx, an unusual rose marble. Taken from a quarry near Beulah, CO, the Rose Onyx is so rare, the stone used in the building represents the world’s entire known supply. From the precious, time-worn building materials to the intricate details of design and craftsmanship that went into construction, protecting The Colorado State Capitol’s historic integrity for generations to come is worth the investment.

Lance Shepherd is the Manager of the State’s Capitol Complex Architects, a team of dedicated professionals committed to overseeing the preservation, restoration, ongoing operations, and future rehabilitation of the Capitol and associated complex assets. He has been with the state for 20 years and the challenge of preserving the state’s most important piece of architecture is more of a thrill than a chore.

“It’s a dream job,” says Shepherd. “This is the most important building in the state. When it was built, construction started new industries in Colorado. Granite and marble mines opened, railroads pushed further out, and all of Colorado benefited from increased connectivity and commerce.”

Unfortunately, the building’s legacy hadn’t always been held in such high regard. When Shepherd started working for the State in 2000, the Capitol’s longevity had seemingly been taken for granted. A hundred years of service over a century of significant change with little investment in the building’s preservation led to a litany of critical building needs that would only continue to compound if left unchecked.

“Preservation was almost a dirty word in the 80s and 90s,” says Shepherd with a grin. “Back in 2000, a proposal to restore the Capitol in the hundreds of millions of dollars was turned down by the state legislature. That left us to fund rehabilitation projects independently in competition with other state agencies. Step-by-step, we’ve moved incrementally through many different phases to get where we are today.”

The first step was taken when multi-phase life safety upgrades were made to make the Capitol more compliant with modern code and ADA accessibility standards. A fire suppression system was installed and many of the building’s mechanical, electrical, security, and other systems were thoughtfully improved over seven years of work, led by GH Phipps Construction and Fentress. Just as the upgrades were reaching the final push, the building suffered a setback. After more than 100 years in Colorado’s punishing weather, water infiltration and decay had taken a toll on the Capitol’s dome. In 2006 fasteners holding a cast iron piece on the inside of the dome failed and the large piece fell onto the public observation deck, fortunately without incident. It was another four years before a funding mechanism was developed and the state could begin addressing the issue in 2010.

On the design side, the State selected a multi-faceted design team that included local and national experts. Led by Denver-based structural and civil engineering firm, Martin/Martin, architectural and historic preservation expertise from both Quinn Evans Architects and Humphries Poli Architects (now RATIO | Humphries Poli Architects) was united with Historical Arts & Casting, Inc. among others to assess the structure and develop achievable solutions. Two years of intense forensic analysis and preconstruction planning with GH Phipps took place before the team was ready to begin the restoration in earnest in 2012.

“The dome was a complex project. We repaired the damage, restored the tower, and re-gilded the gold dome without closing the building,” says Shepherd of the construction process that stretched into 2016. The gold leaf used to restore the dome was derived from the same Teller County, Colorado source that produced the gold used in 1908. The generous material donation from the AngloGold Ashanti’s Cripple Creek & Victor Mining Company was estimated at $125,000 including the cost to mine, refine, and transport approximately 65 ounces of .999-pure gold. The dome project itself stretched over four years, through multiple phases of funding, finally wrapping up in 2016. In the meantime, Shephard and the Capitol Complex Architects have had their hands full with several other restoration efforts running concurrently.

Noteworthy for being the nation’s first LEED Certified Capitol, in 2013, the building became the first state Capitol in the country to be cooled by geothermal power, when wells were installed. Three-phases of restoration on the House and Senate Chambers began in 2014. The building’s library, Senate and House committee rooms, and the old supreme court chambers have all been meticulously restored, contract-by-contract, area-by-area, meeting-by-meeting. Always working around, among, and in delicate consideration of ongoing governance.

Today, the biggest scope of work consuming Shepherd’s team, their time, and the building is a comprehensive Window and Stone Restoration project. Being delivered through Design-Build contract with GH Phipps and RATIO | Humphries Poli Architects, the project involves a full restoration of the building’s exterior stone and each of more than 300 windows.

“It’s vital to understand the importance of the Capitol as a mile marker in our history,” says Melanie Short, an architect, and preservationist with RATIO | Humphries Poli Architects. Short is managing design services on the Window and Stone Restoration project and shares that she loves the hands-on necessity of her work. “Restoring the windows, the stone, and the whole building as close to original condition as possible is what preserves a sense of place for future generations. We can’t do it from behind a computer, we’ve got to get out there and get our hands on the parts and pieces of the building.”

In the case of the Capitol’s exterior, the parts and pieces are many. Consisting of four phases over five years, all the work is being completed between mid-May and the first week of January, while the legislature is out of session. Restoring the exterior means accounting for everything seen and unseen within the stone. A mortar analysis conducted on the original materials ensured replacement mortar matched in color, hardness, and texture. Iron interior fasteners embedded in the stones a 125 years ago in many cases have long since deteriorated; the rusted material migrating through the stone around it. Precise selection of appropriate cleaning agents involved a lot of trial an error, continually striving to do no harm while finding solutions that effectively address a consistent set of circumstances across all four faces of the building. Reoccurring issues in ancillary items include lead abatement in the joints between the granite blocks and asbestos abatement under pigeon deterrents installed on the building through the years of unconsidered use.

The Capitol’s window restoration program exemplifies the spirit of historic preservation in hoping to make-like-new what has already been in use for more than a century. Restoring the 300+ windows means removing each window along a face and shipping sets of roughly 40 at a time to a restoration shop in Kansas City. There the original wood is sanded, patched, repaired, and repainted to a dark blue color that was forensically matched to a hue of existing paint used previously. Some six to seven weeks later, the refurbished windows return and are and reinstalled in their original openings.

“This is a once in a lifetime opportunity, for sure,” says Blaine Dodgion, Manager of Special Projects for GH Phipps Construction. Dodgion has been actively involved at the Capitol for a significant portion of his 14 years of experience. As a guy who has lived the restoration in detail through estimates, CPM schedules, BIM models, subcontractor meetings, and the daily grind, he’s still somewhat in awe of the ionic structure. From the initial survey of existing conditions to the many hearts and minds that fight the battle for funding, to the coordination and execution of the work, everyone who touches it feels special energy from the building.

“GH Phipps is a proud Colorado builder of more than 67 years, so we have a personal investment in the state’s success. This is the people’s house and we are the people. More than any other, this building deserves the extra level of commitment and attention it inspires.”

About the Author:
Sean O’Keefe writes architecture and construction stories and content based on 20 years of experience and a keen interest in the people who make projects happen.